Does Your Church Need an Executive Pastor? 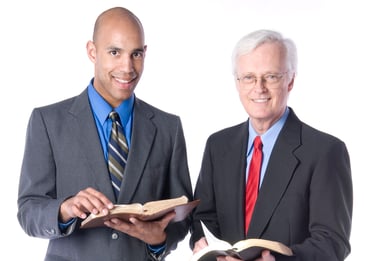 Why are more churches turning to the Executive Pastor role to help support their mission? And how has the role changed over the past decades? On xpastor.org, there is great chart that illustrates how the Executive Pastor (XP) role has evolved and how it differs from church to church. Some XPs serve as second in command (also known as an Associate Pastor, others as an overseer of operations, some as a ministry strategist). Many XPs are a mixture of all those things.

Today, we welcome Pastor David Norman to our blog. Pastor Norman has served as pastor to multiple churches and as Executive Pastor for two churches. He is also called upon as a frequent consultant to churches needing a financial makeover. Currently, he is pastor of Cornerstone Wesleyan Church in Heuvelton, New York.

Recently, we had the opportunity to talk with Pastor Norman about the rise of the XP and the role the XP plays with the senior pastor and church staff.

Describe the Role of the XP.

The XP is typically the right-hand staff position for the lead pastor – not just the administrative oversight role, but administrator of all ministry. The XP is in the middle of downward vision and input from the lead pastor and upward consultation from staff. A major purpose of the XP is to free the lead pastor to focus on relationships and preaching and take a step away from running the church.

How is the XP Role Evolving?

It used to be a mega church phenomenon, but it’s becoming more common now even in midsize or smaller churches. In smaller churches that have staff, it used to be called the Associate Pastor – a catchall term that described “other duties as assigned.” Today, the XP has authority to work on the pastor’s behalf.

How do churches determine if they need an XP?

It’s usually up to the pastor to decide and often depends on what strengths the Pastor has vs. areas that need support. For example, in a fast growing church, it’s the vision and passion of the pastor that is building membership. But that leaves little time to attend to the infrastructure. An XP can be brought in to free the lead pastor to continue to focus on vision. Also, some pastors do not have the training, or are not as suited for the administrative side of leading a church.

Why do churches need an XP as opposed to a CFO?

In very large organizations you might need an XP and a CFO. But the difference between them is that the XP is also leading ministry matters, not just administrative functions. The XP must be familiar with biblical context and is typically ordained by whatever organization they are a part of, so they can fill in for the pastor and make judgments consistent with the Pastor’s and the denomination’s practices.

What characteristics should an XP have as a compliment to the lead pastor?

There are no-brainer qualifications such as servant leadership qualities, administrative gifts, etc. But I think the key is the ability to translate. The XP needs to translate the dreams and vision of the pastor into action, much like Joseph did for Pharaoh when he developed a system of granaries and rations throughout Egypt from Pharaoh’s rather ambiguous dream about fat and skinny cows. Sometimes the translation will mean implementing policies, other times coaching ministers on staff, and still other times it will mean creating a bumper sticker for a major ministry initiative. If the pastor is the engine, the XP is the transmission that actually transfers all that power to where the rubber meets the road.

Thank you to Pastor David Norman for sharing his insights with us.

Stats 2017 Churchgoer Giving Study Two years have passed since we released the first findings from our groundbreaking survey of churchgoers’ attitudes, preferences and behaviors toward …
Read More
Vanco Announces Exclusive Online Giving Partnership with The Episcopal Network For Stewardship (TENS) BLOOMINGTON, MINN (October, 2022) – Vanco, an industry leader in donation and payment technology for churches and nonprofits, has announced a new …
Read More

Stats 2017 Churchgoer Giving Study Two years have passed since we released the first findings from our groundbreaking survey of churchgoers’ attitudes, preferences and behaviors toward …
Read More
Vanco Announces Exclusive Online Giving Partnership with The Episcopal Network For Stewardship (TENS) BLOOMINGTON, MINN (October, 2022) – Vanco, an industry leader in donation and payment technology for churches and nonprofits, has announced a new …
Read More