The Giver Who Never Gives

Church leaders differ on whether a pastor should be aware of what each church member actually gives. It is probably safe to say that somewhere between 15% and 20% of the givers in your church contribute 80% of the income. It would be easier to go to the 20% of the people who financially support the ministries of the church and ask them to increase their contributions than to go to the 80% who give little to nothing. However, what does that say about our ability to disciple our members as biblical stewards? Have our churches been effective in that respect?

One January, after only a few months of serving as transitional pastor at a particular church, I attended the monthly deacons meeting. A written report was distributed to each of us by the chairman of deacons. The report listed the numbers 1 through 12, representing the 12 deacons. Listed on the report was the amount that each deacon contributed to the church the previous year. Names were omitted to protect confidentiality, but the truth was out and exposed an obvious spiritual problem among the leadership. Less than 40% of the deacons in the church were actually tithing. Another 40% gave something, but less than a tithe. But 20% of the deacons gave absolutely nothing to the Lord to support the ministries of the church.

Over the past four decades, I’ve observed many different types of givers, and unfortunately, I’ve come across far too many “givers” who never give.  Such people offer little to nothing financially, but can dish out more to hurt the giving potential within a church than I can describe. Here’s how to recognize them.

The giver who never gives is stingy about putting God’s money into circulation. As the Old Testament book of I Samuel 14:17-23 says, Saul seemed more interested in offering the spoils of the Amalekites than his own. On the other hand, Matthew 26 describes the woman with precious ointment who wanted to lovingly pour it upon Jesus. She gave the best she had for the Lord, but the Lord’s own stingy disciples viewed her act as wasteful. However, Jesus quickly corrected His disciples by telling them that her gracious act would be remembered throughout time.

The giver who never gives usually spends far more than he or she earns and uses that as an excuse for not giving. Such people sometimes seek the pity of others for their predicaments. At times, such givers even rationalize that giving their time takes the place of financial giving.

The giver who never gives can be very verbal about why the church shouldn’t spend money. Years ago, someone shared the comparison between a crow and a lark. I’ve never forgotten it as applied to church members. It is so easy to be drawn to the loud noises from the crow and miss the beautiful sound of the lark. One needs discernment to hear over the loud voices that sometimes come from such members.

The giver who never gives displays constant negativity. Such people are usually watching the bottom line of the church financial reports and questioning most expenditures.

The giver who never gives often jockeys for prominent positions within the church. Sometimes you will even see this individual wanting to serve on the stewardship committee or as church treasurer.

How do you deal with the giver who never gives?

Churches with generous givers should be the norm, not the exception. You can make that happen by taking the necessary steps to disciple every member in the area of stewardship. The turnaround in your church starts with one giver at a time! 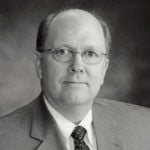 David served as senior pastor for a number of churches before spending more than two decades providing interim leadership to churches going through transitional periods, including his former role at New Heights Church in Columbia, South Carolina. A writer and transitional pastor trainer, he also served on the Baptist State Convention staffs in South Carolina, Oklahoma and Missouri and currently is executive coordinator for the national Stewardship Development Association. He received his doctorate of ministry degree from Midwestern Baptist Theological Seminary and also holds two master’s degrees from New Orleans Baptist Theological Seminary. He and Karen, his wife of 43 years, have two children and six grandchildren.